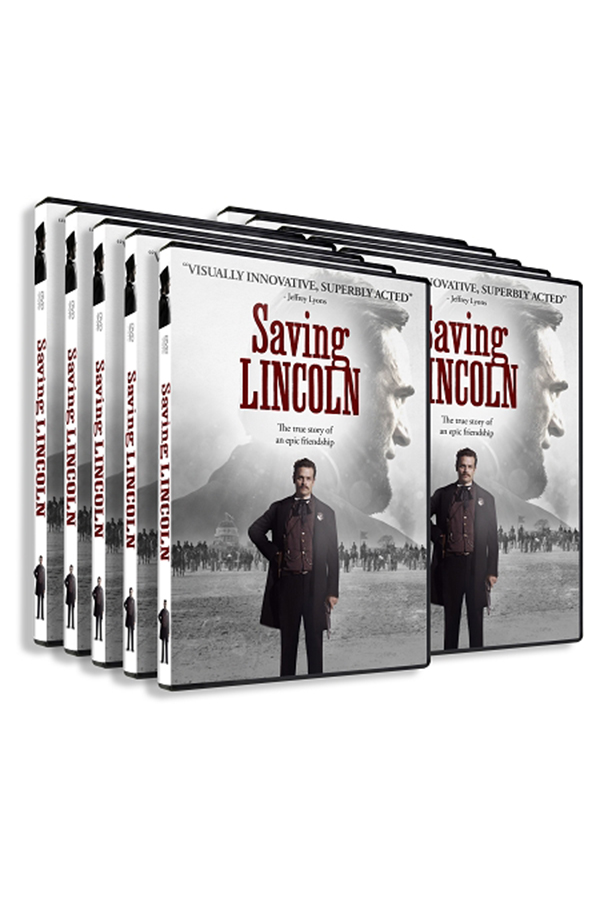 Get the wholesale price on an order of 10 or more!

Based on the true story of Abraham Lincoln (Tom Amandes) and his close friend, Ward Hill Lamon (Lea Coco), Saving Lincoln combines elements of theater and cinema to create a new visual world within vintage Civil War photographs. When the first assassination attempt occurs on the way to Washington in 1861, banjo-playing, pistol-wielding Lamon appoints himself Lincoln's bodyguard. From this unique perspective, Lamon witnesses every aspect of Lincoln's fiery trial as Commander-in-Chief, soothes his friend's tormented soul, and saves him from repeated attempts on his life. Lamon is away on a mission when Lincoln is killed, yet it is Lamon who redefines that tragic event in a surprising and uplifting manner. Saving Lincoln has been called "a new and different kind of cinematic experiencetruly fascinating" (Film Journal International), as well as "brave, incisive, brilliant and entirely factual" (Harold Holzer, Lincoln author and authority).

"Moving, ingenious, original... an important film that must be seen"
- Michael Medved

"A film with personality...shows the human side of the President"
- Louis Saenz, NPR