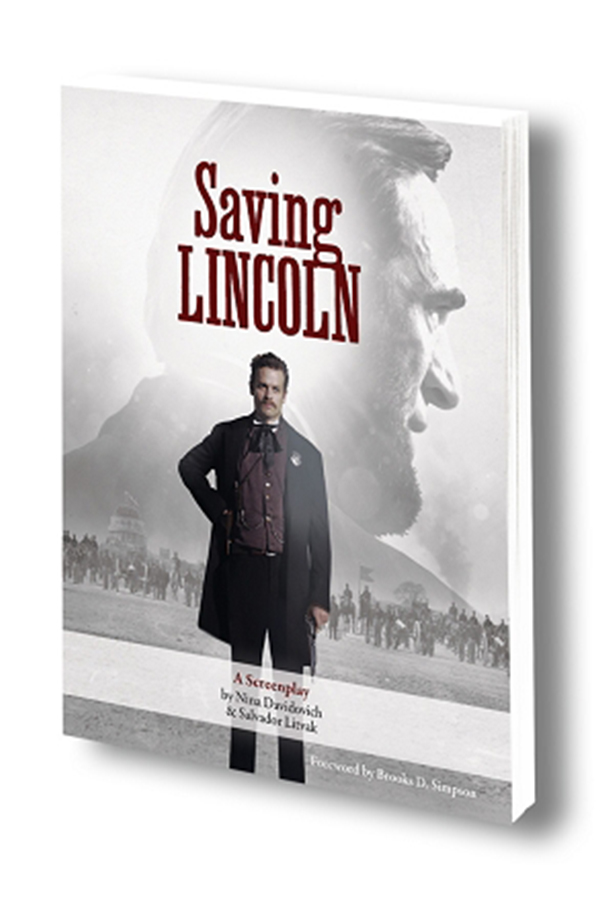 SKU:
$32.95
22.95 32.95 $22.95 - $25.95
$22.95
Unavailable
per item
Saving Lincoln is a visually unique film, set within actual photographs of the American Civil War. This special edition of the Saving Lincoln screenplay features authentic images from the period, many of which were used in the film. The book also includes the filmmakers' notes on the story, its characters, and the Civil War, plus storyboards and rare images of Ward Hill Lamon.

​
“An important film that must be seen. Saving Lincoln is moving, ingenious, original and impressive.”
- Michael Medved, syndicated radio host

“A film with personality... shows the human side of the President.”
- Louis Saenz, NPR

Saving Lincoln is the unforgettable true story of President Abraham Lincoln and his closest friend, U.S. Marshal Ward Hill Lamon. When the first assassination attempt occurs on the way to Washington in 1861, banjo-playing, pistol-wielding Lamon appoints himself Lincoln's bodyguard. From this unique perspective, Lamon witnesses every aspect of Lincoln’s fiery trial as Commander-in-Chief, soothes his friend's tormented soul, and saves him from repeated attempts on his life. Lamon is away on a mission when Lincoln is killed, yet it is Lamon who redefines that tragic event in a surprising and uplifting way.


"...it is not the least accomplishment of this film that in its own way it saves Lincoln by bringing him back to life as a man who loved, laughed, and enjoyed the company of one Ward Hill Lamon. Lincoln loved a good story, and what follows is one of the best in American history."
- From the foreword by noted Civil Ward Historian, Brooks D. Simpson